SektionEins in cooperation with Antid0te organises an iOS Kernel Exploitation Training in Berlin in December 2016. 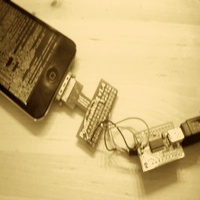 The SektionEins and Antid0te UG iOS Kernel Exploitation Trainings in 2014-2016 have been so successful that former trainees, tricks, techniques and vulnerabilities from the training have been directly involved in the making of some of the public iOS jailbreaks. Furthermore several of our former attendees can now be seen credited by Apple for security bug fixes in recent iOS and OS X releases. However Apple's internal development of the iOS kernel never stands still and at least once a year around October when the next major iOS version is released new changes have been made to the kernel to add new security mitigations or to defeat previously used attacks.

Especially the release of iOS 10 with its overhauled kernel zone heap implementation has brought drastic changes to the landscape of iOS kernel heap exploitation. Therefore our late 2016 training has once again been updated to contain the latest changes and new exploit mitigations that you can find in iOS 9.3.x and iOS 10 beta.

The next training at the end of the year at the beginning of December 2016. Unlike previous trainings it will happening in Berlin in the RAMADA Hotel Berlin - Alexanderplatz between December 5th and 9th 2016. It is a full 5-day course and is targeted at exploit developers that want to switch over to iOS.

The 2016 December edition of the training will focus on 64 bit iOS devices and most of the work will be performed on 64bit iPod touch 16GB (64 bit) devices that each trainee can take home after the course. These devices will be running iOS 9.x.

The goal of this training is to enable you to exploit new vulnerabilities in the iOS kernel that you discover on your own.

The training will be held at the RAMADA Hotel Berlin (Germany). The hotel is located near the Alexanderplatz in Berlin, which is easily reachable with public transportation from many parts of Berlin.

No special deal has been made with the hotel concerning rooms for the attendees. Attendees are free to choose whatever hotel is nearby.

If you have further questions or want to register for this training please contact us by e-mail training@antid0te.com. Please notice that signup, billing and execution of the training is performed by Antid0te UG (haftungsbeschränkt).

If you are interested in this training, but want us to perform the training for your people at your office, want to feature our training at your conference or would just like to know if we provide the training again at a later time please contact us by e-mail training@antid0te.com.